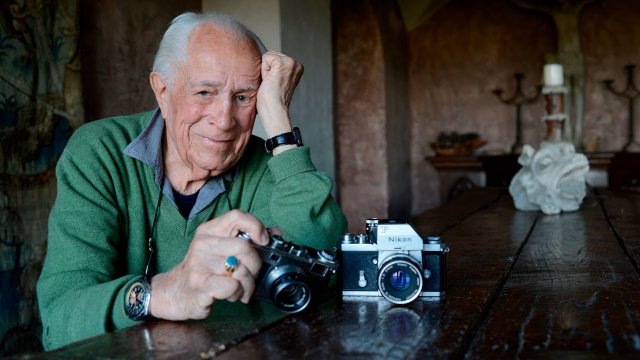 Mr. Duncan created the opportunity that led to the recognition of Nikon and NIKKOR lenses worldwide. As a photojournalist, he covered the Pacific War, Korean War and Vietnam War. His works have been published in The New York Times, LIFE magazine, and more. https://bddy.me/2HEPic6

'One telephone call changed the history of optics in Japan for sure.' Celebrated photographer, David Douglas Duncan, who turned 100 on Jan. 23, 2016, is one of the first photographers we've approached to share his experience with Nikon. Here, he shares how he first came across Nikon and this encounter played a crucial role in establishing Nikon's cameras and lenses worldwide.

'From his coverage of the Korean War, which gave birth to the celebrated book "This Is War!", to his intimate documentation of Pablo Picasso, Duncan has influenced generations of photographers.' - Source: http://time.com/4189160/photographer-david-douglas-duncan-100/

This is the second remarkable story of many we will share in the lead up to celebrating Nikon's 100th Anniversary! The story continues...
Nikon - historische Produkte
0     0     1.195